One of the best features Solar Smash game boast of is a huge variety of diverse weapons that have impressive visual effects, sounds of blasting, and massive damage, of course. Trying them all and unlocking new ones is a great fun, so we bet that you will like the process. The weapons act differently, but most of them share the same trait – you can regulate the number of attacking elements, massiveness of the strikes, and damage you perform. Every young space destroyer will find a weapon to his taste for sure. Also, you should try combining them and seeing what happens. Remember that the game allows you to slow the time down for better strikes – the planets are rotating all the time and you can fly around, controlling not only your explosions, but also the environment. In addition to that function, you can also combine weapons and strengthen the effect – click two icons and activate them simultaneously.
So, which amazing weapons are waiting for you? First, you can try the black holes, massive cosmic bodies that have a potential to destroy a half of the planet with one strike. Their sizes can differ and therefore – the power of the attack. Second, there are asteroids, classical way to destroy the planet. You can add a bit fire and arrange a whole shower of huge and heavy space stones. The destruction is less spectacular and impressive than most other weapons can cause, but you can set the higher amount of asteroids and they will ruin larger areas. Third great way to ruin the planet is throwing another planet into it. These are smaller ones, namely something similar to the Moon. They will make large holes and even pierce the planet if you make the strikes heavy enough. Next, you can arrange the alien invasion, sending numerous UFOs to strike different areas of the planet. They will break it from all sides, if the amount allows. But be ready – some countries, like the USA or Russia, can attack the enemies and destroy your ships. Try also the red laser of death – classical weapon to burn. There are two types of lasers – one of them strikes with a whole ray and the other does it with pauses.
Also, you can send a huge iron octopus to break the planet into pieces with its tentacles. They will pierce the planet and cause incredible damage – survival is impossible. The other cool trick is exploding the sun. When you strike it with red laser, the sun starts exploding slowly and the heat will kill the population of the planet soon. Then the Earth will become red from fire and explode from within. Only the hot dust will stay in the space. There are numerous cool ways to destroy in the amazing game of Solar Smash! Try them all! 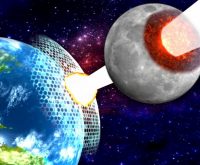 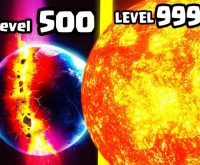 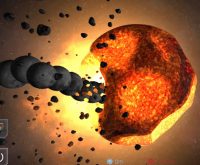 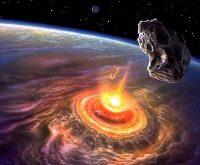 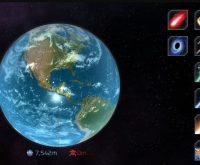 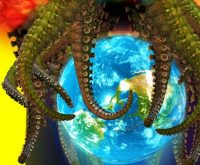 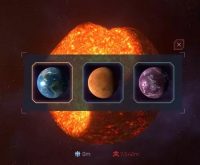 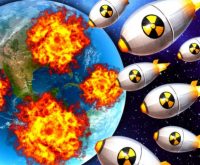 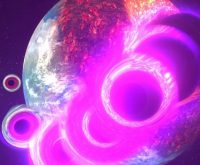